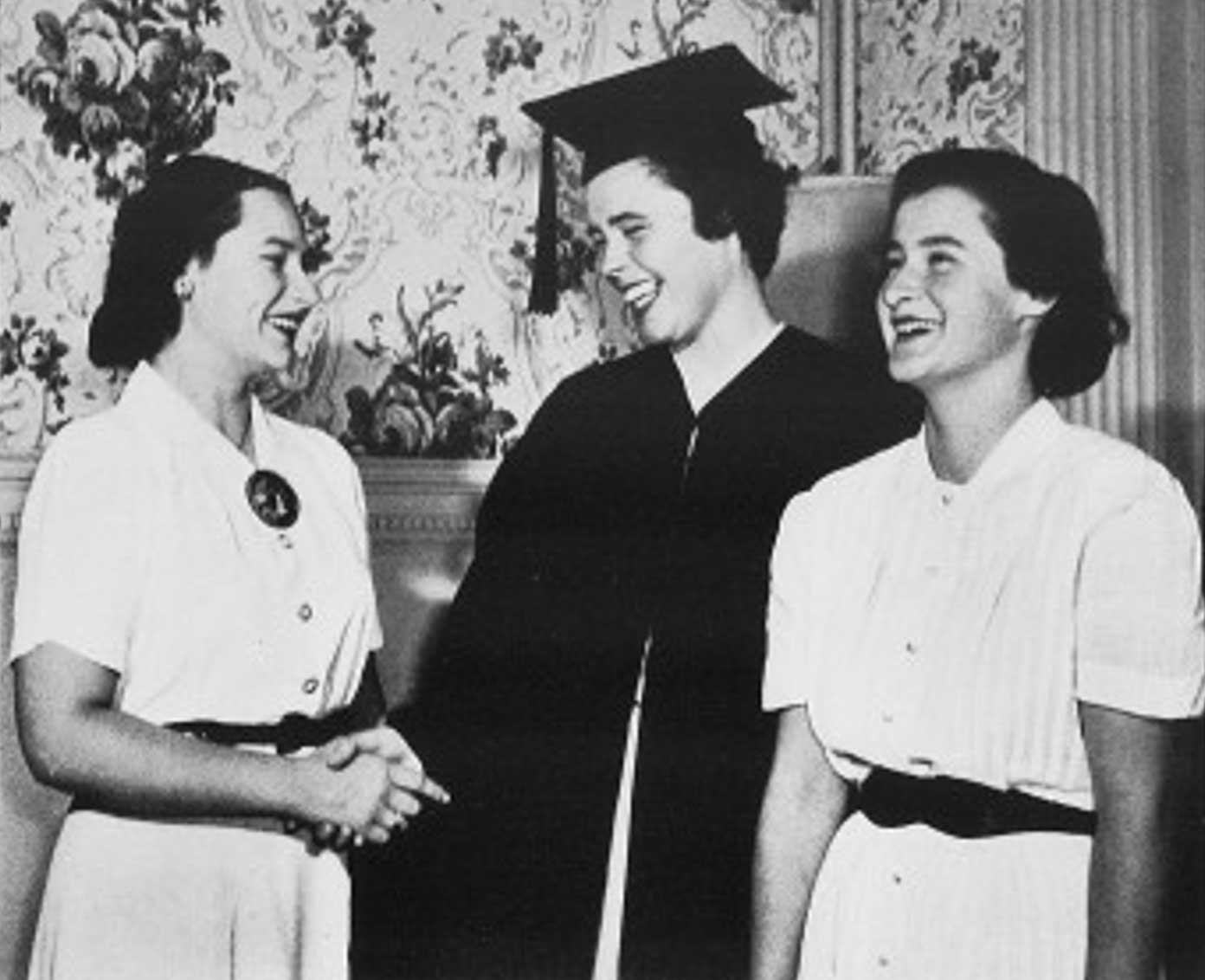 The tradition of international students at Vassar goes far back into the late-nineteenth century. Baroness Uriu ’1881 (born Shigeko Nagai) and Princess Oyama ’1882 (born Sutematsu Yamakawa) were Japanese students who came to Vassar as part of the Iwakura Mission, a diplomatic voyage organized by the Meiji government. Part of the initiative to modernize Japan, the Iwakura Mission sent abroad leading officials and scholars to study Western technology, military training, and education. Nagai and Yamakawa were two of the few women selected, and they both enrolled in Vassar in 1878, with Sutematsu joining the regular college and Shigeko joining the School of Music. Sutematsu was one of the first Japanese women to receive a college degree, and Shigeko went on to become one of the first female piano teachers in Japan to teach Western classical music.

Almost upon his arrival at Vassar in 1915, President Henry Noble MacCracken sought to incorporate international students at the college. An internationalist and pacifist, MacCracken had taught English to Middle Eastern students at the Syrian Protestant College in Beirut prior to graduate school. As president, he endeavored to make Vassar students “citizens of the world, beginning with Poughkeepsie,” by increasing the number of international students and professors, and of courses offered on international subjects. In addition to his innovative presidency, MacCracken served on the board of advisors for the Institute of International Education, established in 1919 by the Carnegie Endowment for International Peace, which aimed to promote American education practices in foreign countries. In 1930, Stephen Duggan, a Vassar trustee and the director of the IIE, spoke at Vassar’s Armistice Day event. Praising the college for its “liberal acceptance of foreign students,” he stated that “There is just one certain way to peace, and that is for the peoples of different countries to understand each other so well that war is unthinkable, and that understanding can only be accomplished through education.” An article in The New York Times about Duggan’s lecture noted that 15 countries were represented among the faculty members and 27 students in attendance, including Argentina, Canada, Czechoslovakia, England, Finland, France, Germany, Hungary, Italy, Japan, India, Mexico, Poland, Spain and Switzerland.

Upon the outbreak of WWII, Vassar’s commitment to international students became more complex than ever. President MacCracken was committed to defending the integrity of international education. Concerned with the purging of higher education in Germany in 1933, he helped organize a program to receive German displaced scholars at American colleges, including his own. Asylum was extended to student refugees as well, and fundraisers organized by the Foreign Relief Drive, the International Student Service, and the Far Eastern Student Fund raised money for Vassar scholarships for displaced persons, many of them Jewish refugees from Germany. Scholarships were also given to anti-Nazi Germans and Austrians so that they might complete their education at Vassar.

After the war, international students became an important symbol of global unity at Vassar and around the world. The first International Students’ Day was celebrated on November 17, 1945, and opened at the International Student Congress at Charles University in Prague, where Nazis had massacred 156 students and deported 1,200 to concentration camps. Vassar’s International Student Service organized a yearly commemoration with a chapel service, speakers, and a monetary campaign towards education in Czechoslovakia.

After WWII, Vassar began to admit an increasing number of international students from a wide range of countries. By 1950, Vassar had a total of 31 international students from 22 countries, including Belgium, Cuba, Ecuador, Germany, Greece, Jamaica, Latvia, India, and Venezuela. The college developed a program meant to aid students in their transition to an American educational system and began offering classes on American literature and oral English. In 1950, Mary Evarts ’50 led an initiative to allow more displaced persons on campus and causing Vassar trustees to waive the tuition for six students who came from Estonia, Hungary, Latvia, and Yugoslavia. Every student on campus reportedly contributed to a special fund for the students, and members of the Vassar and Poughkeepsie communities offered them room and board during vacations. In addition, the State Department funded an exchange program that brought students from Austria, Germany, and Japan to campus. Vassar also provided partial scholarships to students from Israel, Switzerland, and China.

In the 1990s, many international students felt that they were not receiving enough support from Vassar in regard to visas, transportation, transfer credit, and adjusting to American customs. There were also concerns over a general lack of diversity on campus. The Admissions Office increased recruiting internationally in 1996, with a special focus on Asia and South America. The same year, the Office of the Dean of Students created the host family program, in which faculty volunteers were connected with international students to offer them support and guidance. In 2005, the Office of International Services (OIS) was established, providing international students with an important resource that assisted with visas, immigration, tax, employment and advised students on cultural differences and transitioning into Vassar.