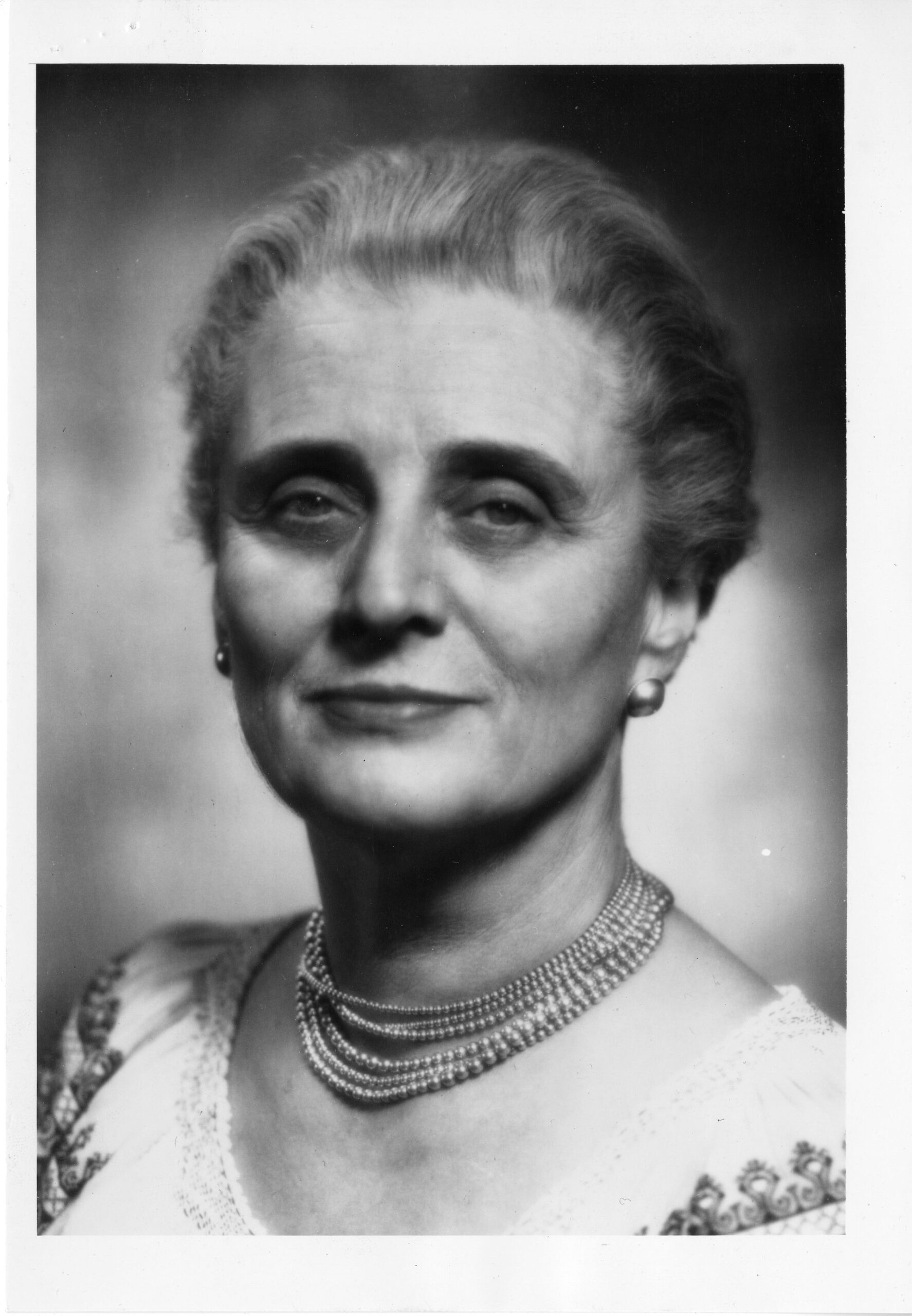 Mary Steichen Calderone was born in New York City in 1904. Biographer Jeffrey Moran suggests that her bohemian childhood (her father, Edward Steichen, was a noted photographer; her uncle was poet Carl Sandburg) and Quaker upbringing influenced her liberal outlook on sex as well as well as contributed to her opinionated and passionate nature. When Calderone was six, for instance, she berated the family-friend and sculptor Constantin Brancusi for his horizontal-headed bird pieces, which would undoubtedly hinder the bird from singing. Brancusi complied and began sculpting birds with more upturned heads.

Calderone entered Vassar College after attending the Brearley School in New York City. Active in the drama department, she graduated in 1925 with a major in chemistry. Calderone decided to go into theatre after graduation and studied for three years at the American Laboratory Theater. The venture failed ( “I couldn’t be as good as Katherine Cornell”), as did her marriage to her first husband whom she divorced in 1933. The death of her eight-year-old daughter, along with dashed acting dreams and a divorce, plunged Calderone into depression. After a series of psychoanalytic tests, she decided to return to school and study medicine.

Obtaining her M.D. degree from the University of Rochester medical school in 1939, Calderone received a Master’s in public health from Columbia University in 1942. During this time she interned at hospitals and clinics, one belonging to Dr. Frank A. Calderone, whom she married in 1941. Frank Calderone was then a district health officer in New York and eventually became the chief administrative officer of the World Health Organization. Calderone, herself now a doctor, worked as a physician in the Great Neck, New York, public school system.

In 1953 Calderone joined the staff of the controversial Planned Parenthood Federation of America as its medical director. Her tenure there was prolific. In 1958 she organized a national conference which instigated the movement to legalize abortion. Her biggest success at Planned Parenthood came in 1964, when she overturned the American Medical Association’s policy against physicians disseminating information on birth control. Calderone did not believe that her work should be limited to preventive measures against pregnancy. Letters arrived at Planned Parenthood daily asking questions about not just sex, but sexuality at large. Calderone came to the realization that sexuality did not just equate genitality, and that sex education was sorely lacking from American society.

With the conviction that “handing out contraceptives was not enough,” Calderone quit her position at Planned Parenthood in 1964 and established the Sex (later Sexuality) Information and Education Council of the United States, Inc. (SEICUS). Driven by Calderone’s dynamic talks across the nation and its mission statement, “to establish man’s sexuality as a health entity,” the organization became an essential umbrella group for school administrators, sex educators, physicians, social activists, and parents seeking to access information about teaching sexuality education. Calderone and her organization became recognized and respected (no doubt riding on the wave of the sexual revolution of the 60’s) with the message of sex as a positive force, but opponents also watched her closely. Calderone’s insistence that sex education should begin as early as kindergarten did not impress religious conservative groups like MOMS (Mothers Organized for Moral Stability) and MOTOREDE (Movement to Restore Decency), who called Calderone the leader of the “SEICUS stinkpot.”

By 1969 Calderone’s influence had been weakened by these attacks, and she stepped down as the executive director of SEICUS. Calderone published a rebuttal of the conservative attacks in the Vassar Quarterly, but according to Moran, it was a movement spearheaded by Playboy magazine that would effectively fight the charges against sex education. Nevertheless Calderone’s crusade for sexuality education with a “positive approach and moral neutrality” continued. Until 1982 she still held leadership positions at SEICUS and continued to expand sex education as a means to talk about other topics besides the sexual act, e.g. sexism, homosexuality, etc. Calderone widely gave talks, two of them at Vassar; her 1983 lecture as President’s Distinguished Visitor was titled “Sexuality in Infancy and Childhood—The Need for a Learning Theory.” She wrote several books on sex education: The Family Book about Sexuality and Talking with Your Child About Sex are two. Although Calderone was adamant about sexual freedom, her beliefs did not align with the burgeoning sexual revolution of the late 60’s. She believed that the sex act should be ultimately reserved for marriage, and that sexuality found its peak expression through the “permanent man-woman bond.”

Calderone died in 1998 at the age of 94. Her extensive work with popularizing sexuality education has often been compared to Margaret Sanger’s campaign for birth control. As she had convinced Constantin Brancusi of upturning his bird sculptures’ heads, Calderone certainly turned many heads around when it came to matters of sex.